×
Home>>Neuroscience>>Encephalitis – Is Litchi The Reason Behind Cham Ki Bukhar In Bihar? 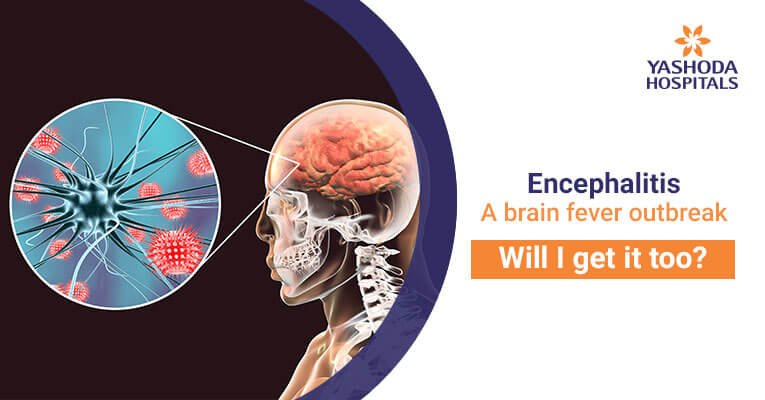 Recently, in Bihar, India, over 100 children died due to Acute Encephalitis Syndrome (AES). Most of these cases were due to hypoglycemia or low blood sugar levels. Doctors believe that this was due to eating litchi without proper nourishment. A toxin in litchi, MCPG, inhibits glucose formation in the morning. This is an essential pathway for malnourished children to compensate for low blood sugar levels in the morning as they do not have emergency glucose reserve in the liver.

Thus, eating a lot of litchi at night and sleeping on an empty stomach resulted in hypoglycemia in malnourished children. They further experienced brain dysfunction and feverish symptoms.

Poor brain function can lead to drowsiness, disorientation, and even unconsciousness. Furthermore, hampered biochemical processes result in toxic amino acids that cause brain cells to swell. As a result, children may suffer from convulsions, deepening coma and even death.

Are healthy, well-nourished children at the risk of AES if they eat litchis?

Healthy children can eat litchis without any fear. They have sufficient glucose reserve in their liver. Thus, when they experience low blood sugar levels in the morning, they have a reserve that manages the deficit. Their bodies do not have to resort to another pathway to create glucose, which is blocked by the toxin in litchi.

2. What are the signs and symptoms of encephalitis in infants & children?

3. What are the different types of encephalitis?

4. What are the causes of encephalitis?

5. Can litchi cause encephalitis in children?

6. Are encephalitis and hypoglycemic encephalopathy different?

8. What are the risk factors of encephalitis?

9. Who is more prone to encephalitis?

10. How is encephalitis diagnosed by doctors?

12. What is the medical treatment for encephalitis?

13. What are the complications in encephalitis?

14. How long does encephalitis last?

15. Is it possible to prevent encephalitis?

16. What is the prognosis or outcome of encephalitis treatment?

Encephalitis is an inflammation of the brain, generally caused due to a viral infection. Also commonly known as ‘brain fever’ or ‘chamki bukhar’, it is characterised by flu-like symptoms such as headache, dizziness, and joint pain. It can often be difficult to diagnose due to the commonality of its signs and symptoms with other diseases like flu, meningitis, etc.

The risk due to the condition varies based on a number of factors. Each case also manifests itself differently based on the affected person’s unique situation. Therefore, quick diagnosis and treatment are essential in treating encephalitis efficiently. With the appropriate treatment, a person with a mild infection can recover completely.

What are the signs and symptoms of encephalitis in infants & children?

There are some other less common signs and symptoms of encephalitis that a person may experience, including:

Sometimes the signs and symptoms can be more severe and can be a cause for concern. They can make the patient aggressive since they experience:

It might be harder to detect the signs and symptoms of encephalitis in infants. These are some signals to look out for:

What are the different types of encephalitis?

It can be classified into two types based on how it occurs:

What are the causes of encephalitis?

Encephalitis is an extremely unpredictable disease, and its causes are often hard to pinpoint. The exact cause of illness cannot be found out in more than 50% of encephalitis cases. It can generally be attributed to viral infections.

Most cases of encephalitis fall under primary encephalitis, which is also infections. They are caused due to three reasons:

Secondary encephalitis is a rarer condition. Research is still being done to figure out its exact cause since the brain is affected indirectly in this case. It is possible that a complication in the viral infection leads to secondary encephalitis. Its signs and symptoms begin to appear only after the initial infection is underway, maybe after days or weeks. The patient’s immune system responds to the disease and starts attacking the brain cells in the process.

Can litchi cause encephalitis in children?

No, eating litchi does not cause encephalitis in children. Recently, in India, acute encephalitis syndrome (AES) led to the deaths of more than 100 children. These deaths were caused due to hypoglycemia or low blood sugar levels that were triggered and aggravated by the consumption of litchi and sleeping in empty stomach. Litchi contains the toxin methylene cyclopropyl glycine (MCPG), which blocks the production of glucose by the liver. Therefore, its consumption on an empty stomach by malnourished children leads to fatal hypoglycemia. Litchi by itself does not cause encephalitis or death.

In encephalitis, the child is already low on glucose and depends on the emergency reserve which is further limited due to the consumption of litchi. Inadequate glucose in the brain impairs function and causes drowsiness, disorientation and even unconsciousness. Furthermore, hampered biochemical processes result in toxic amino acids that cause brain cells to swell. As a result, children may suffer from convulsions, deepening coma and even death.

Therefore, healthy children can eat litchis without any fear. To prevent hypoglycaemic encephalopathy in malnourished children:

Are encephalitis and hypoglycemic encephalopathy different?

Yes, hypogylcaemic encephalopathy is distinct from encephalitis, wherein the fever occurs even before the onset of brain inflammation. Other flu-like symptoms such as vomiting and drowsiness also occur after the brain is affected.

Whether encephalitis is contagious or not depends on its underlying cause. For example,

The contagious period for encephalitis depends on its cause as well. The attacking virus and the disease vary to a great degree. Since encephalitis occurs differently in each patient, it is best to consult a specialist for more information.

What are the risk factors of encephalitis?

Encephalitis is rarely life-threatening. Provided that the infection is moderate in nature, patients can recover with the appropriate treatment. Mortality depends on the following factors:

Who is more prone to encephalitis?

As discussed above, certain conditions are more likely to lead to encephalitis. They can also cause an increase in its severity.

How is encephalitis diagnosed by doctors?

Doctors need to know the patient’s history, medical and otherwise, before diagnosing encephalitis. They will often check symptoms, ask about the patient’s travel history, his/her geographic location, etc. This can help them to both identify the disease and its specific cause. Further diagnostic tests will need to be done to confirm encephalitis.

The following tests can be done based on the patient’s unique situation:

Since encephalitis has many causes, the treatment for it differs as well. The type of specialists who may be consulted for encephalitis depends on the underlying cause of the disease. Therefore, the people who are consulted can include:

Depending on the case, other specialists can be consulted to diagnose and treat the disease.

What is the medical treatment for encephalitis?

There are a few complications that arise in the treatment of encephalitis.

The following procedures are followed in the case of a few variants of encephalitis:

What are the complications in encephalitis?

Complications can arise in encephalitis, especially if the condition is severe. Older patients with a weaker immune system and children are at higher risk of such complications. Patients who do not begin treatment in the early stages of encephalitis may also suffer from side effects.

How long does encephalitis last?

The acute phase of encephalitis, with the worst of the symptoms, can last up to a week. Full recovery from encephalitis can take much longer. Most patients take several weeks or even months to recover completely.

Is it possible to prevent encephalitis?

There are several precautions which can be taken to prevent encephalitis. These include:

What is the prognosis or outcome of encephalitis treatment?

The outcome of encephalitis for patients depends on a variety of factors. As discussed before, the condition manifests itself differently for each patient. Severity depends on the age and the person’s immune system. However, most patients recover completely from mild encephalitis and face no lasting complications.