×
Home>>Neuroscience>>How a brain stem tumor in a child was surgically removed, when neurosurgeons think its impossible 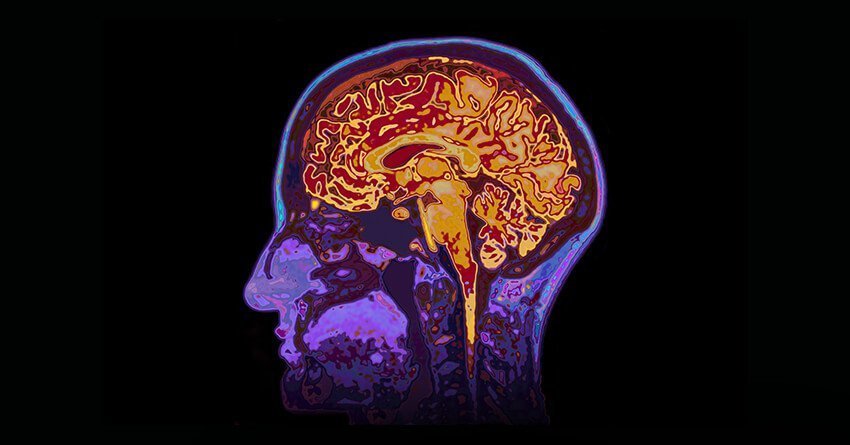 This story, which a patient’s family has been gracious enough to let me write, is of a boy with a brain tumor.

This is where we as neurosurgeons used every little bit of technology available in neurosurgery today to successfully take the tumor out entirely and most importantly safely.

The brainstem is a vital part of the brain and is akin to the input/output cables that go into a supercomputer. Only much more complex and much more tightly packed. It carries the signals to and from the brain and also houses control centres for the nerves that deal with eye movement, sensations and movements of the face (

, for example), taste, hearing, and movements of the tongue and throat. And the centres that control and maintain breathing. These are just some of the things that lie in the brain stem.

It also lies in the middle of the skull making it very very hard to reach. It was often told to us in medical school, that God made the most important structures of the body difficult to meddle with. To the extent that for a long time these tumors were deemed inoperable. And for the few bold surgeons who attempted these ‘heroic’ surgeries; they were left with patients far worse of than they were before surgery.

The brainstem glioma was discovered when the child complained of double vision and his parents noted an asymmetry in the child’s eye movements. And an MRI was done, which showed a tumor, roughly the size of a large marble, sitting in the brainstem on the left side. The tumor looked like a grade 1 tumor. This meant that while it would grow, it would grow slowly. And more importantly removing the glioma in it’s entirety could potentially mean cure. Cure is a rare word when it comes to brain tumors. Most often we look at control of growth, debate about progression free survival and dread the median time to recurrence.

This time, however, we were faced with a unique problem. We needed to get the entire glioma out from a place which wasn’t easy to get in and out of and we needed to do it without causing any kind of paralysis or weakness.

The first step was more detailed imaging. We needed to know more about what was around the brainstem glioma – arteries, nerve bundles, anything that we had to ensure stayed undisturbed during surgery.

A second set of scans were thus done using a more powerful MRI machine (MRIs are basically large magnets and their strength is measured in Tesla, which is the unit of magnetic field strength. This one is the current strongest commercial machine, the 3 Tesla MRI). This gave us spectacular images of the anatomy of the lesion and also 2 very important bits of information. One, was that the basilar artery, which is a critical blood vessel was not engulfed and trapped in the glioma. The second involved a special MRI technique called diffusion tensor imaging (DTI). The technique actually allows us to see the nerve bundles in the brainstem as a colour coded map. In this case we found that there was a possible corridor of approach to the tumor which did not have any nerve bundles and was thus a safe entry zone.

The next step was planning the surgery itself.

We needed a few things to be in place though. We needed to know exactly where we were at any given point of time. This is easy when operating on the surface of the brain, which is like the outskirts of a city. But deep inside it’s downtown, with multiple intersections and flyovers and roads and buildings that look similar, and hence easy to get lost. So we needed a GPS. That brings in the Navigation.

The MRI images were transferred to a navigation machine (Medtronic Stealth S7) that could track where we were at any point. While this seems a complicated explanation, the neuronavigation works like a GPS localization system. The MRI is the map, and the machine has 2 cameras that can localize special instruments in space, quite similar to way GPS satellites can pinpoint the location of our smartphones. This kind of technology has found application in brain and spine surgery making surgery today far safer than it was before.

This time we got the navigation machine to track the focus point of the microscope (Zeiss OPMI Pentero). This meant seamless workflow and rapid real-time confirmation of what was being looked at and where exactly that point was with respect to the MRI.

This is like two people looking at a map and one person knowing exactly where the other was looking without having to use a pointer.

The next step was to make sure we didn’t damage any of the nerves whilst removing the tumor. In and around where this glioma was situated we had the 3 nerves that control eye movement – the oculomotor, trochlear and abducent nerves. The other important structure which was behind and to the right of the tumor was the corticospinal tract. This is the bunch of fibres that runs from the brain to the spinal cord to all the muscles of the body, which controls movement. This is the common tract that is affected by strokes and bleeds and thus causes patients to be paralysed.

The integrity of the fibres, during surgery is ascertained in two ways. We can look at how well signals run from the body to the brain and in the other direction from the brain to the muscles. All this was set up before we went in to ensure that these nerves and tracts could be monitored for their integrity during the surgery to ensure that they were not damaged.

The anesthetists play a major role in this component of surgery. Every anesthetic drug influences brain activity and response to stimulus. Thus they need to be able to pick the drugs and doses that ensure deep anesthesia with the ability to monitor all the nerves. Apart from monitoring the heart rate and blood pressure and everything else to allow the surgeons to focus on just the surgery.

Once all this was in place, the surgery began. The scalp was cut into and a window of bone removed to access the brain. A delicate, narrow corridor was created by dissecting between the lobes of the brain to see the glioma deep in the brain stem. This access was planned on the MRI and fed into the navigation machine. The machine in turn could overlay the plan and the glioma outline onto the microscope (since the two were linked) and make sure we were heading in the right direction.

Once we got to the surface of the glioma, all the intraoperative monitoring systems were checked and we could ensure that there were no nerves on the surface. But this tumor lay surrounded by nerves and cells that need to be preserved so our patients do well after surgery. And crucial distances in the brain are in millimetres or less. Thus when we knew we were looking at the surface of the glioma (both by what we saw and the navigation confirming what we were looking at) and we knew that the glioma was not surrounded by important nerves in that particular area (both by the preoperative MRI and the monitoring system), the next step was to delineate tumor from normal tissue.

Two things happen in tumors that we could use to our advantage. One, they tend to have a greater blood supply than normal tissue. Two, their rapid growth breaks a seal called the blood-brain barrier. This is why sometimes a contrast-enhanced MRI is asked for that shows the tumor as a bright spot since contrast dyes when injected, accumulate in glioma tissue because of the reasons above. This can be used to differentiate glioma tissue from normal brain. We inject a chemical called Fluorescein. This chemical lights up when illuminated by light at a particular frequency. Since the tumor has a higher blood supply, fluorescein accumulates in the tumor tissue. On switching the microscope light from regular white light to a yellow 560nm filter, the glioma lights up like a Christmas tree.

This glowing tumor was then removed with a nifty little probe that vibrates at extremely high frequencies and literally breaks tumor into little bits that are sucked out. Using this instrument, bits of the glioma were removed till all around there was no visible glow. While this is just one sentence the actual surgery entailed a minute of removal and then confirming position with navigation, checking the nerves and the tracts with the monitoring system, controlling small bleeding vessels and when convinced that all was well, going back to remove more glioma.

This took the better part of 3 hours.

When we could no longer see any glow on the microscope and it appeared that we had removed all the glioma that we could see, the next step was ensuring that there was no glioma remnant hidden in any corner that could be potentially missed. Still anesthetized, the boy was taken into an MRI which is housed adjacent to the operating rooms. The MRI which took about 20 minutes showed that there was no obvious glioma tissue left behind. A final monitoring showed all the tracts functioning well.

The boy woke up from anesthesia fine and has since only gotten better.

The reason I chose to chronicle this surgery was to show how surgeons think when they see a patient and plan their surgeries. Even just a few years ago, we would stop ourselves from removing tumors in such areas of the brain, or maybe not remove entire tumors since the risk of damage to the normal brain was too high. We may have thought we’ve taken out every bit of glioma only to find remnants on a post-operative scan. Surgical technology has only one real purpose – to facilitate giving the best possible outcome. ‘Best possible outcome’ includes maximal safe removal of tumors (gliomas, in this case) with no effect on the normal brain tissue. This boy’s surgery illustrates how it can be done with use of every weapon in the surgical arsenal. But most importantly a team of doctors who know the potential utility of every instrument and a very clear goal of offering the best possible outcome.

The future of surgical technology is a brave new world of possibilities we didn’t know existed. Robotic arms may move in ways our hands cannot, endoscopes may snake into spaces we had never been able to access, machines may crunch data at the blink of an eye and make ‘human error’ obsolete. We still as doctors need to believe in delivering the best, else all this is in vain.