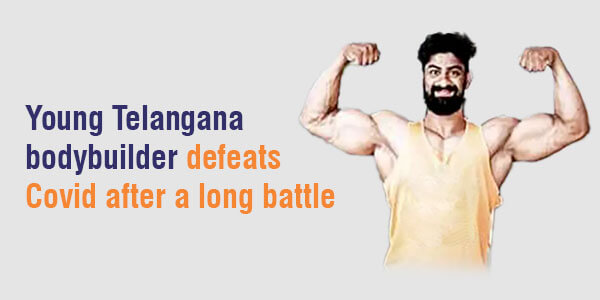 His condition deteriorated and on May 19th he was admitted to Yashoda Hospital, following help from Bollywood actor Sonu Sood.

HYDERABAD: This is an amazing story of recovery from severe COVID-19 of a 32-year-old bodybuilder, Susheel Kumar Gaikwad, who is a resident of Malkajgiri in Hyderabad. Gaikwad is an accomplished bodybuilder and has represented Telangana in various competitions. He was diagnosed with COVID-19 in early May, following which he was admitted to a local hospital.
His condition deteriorated and on May 19 he was admitted to Yashoda Hospital Malakpet, following help from Bollywood actor Sonu Sood. Hospital management said, “We thank Mr Sonu Sood for reaching out to us and facilitating the transfer of this patient, his close daily follow-up and encouraging Susheel through almost daily video calls.”

His doctors found that Gaikwad’s lungs were completely infected with a CT severity score of 25/25, He was intubated and was put on advanced ventilation support. The hospital also followed a strategy of minimal sedation for patient consciousness. Gaikwad developed septic shock requiring antibiotics, antifungals besides vasopressors and optimised fluid management. “Maybe because of his underlying fitness or willpower or a combination of both, Susheel made an amazing recovery, not requiring ECMO support”, Director of Yashoda Hospitals Group, Dr. Pavan Gorukanti said, “After a month since the onset of symptoms, Gaikwad could be finally discharged now, somewhat de-conditioned due to prolonged illness but otherwise almost getting back to his baseline.”

The body builder’s story is an inspiration to all the treating doctors and staff to see such an improvement despite the CT findings of almost complete lung involvement. “In fact, he has become a role model for critically-ill patients as well as to a lot of budding body-builders and proved dramatic results are possible with a positive attitude,” said Dr. Viswesvaran Balasubramanian, Consultant Interventional Pulmonology and Sleep Medicine at Yashoda Hospitals, adding that hundreds of other patients in similar or worse condition were treated successfully back to health by the hospital. 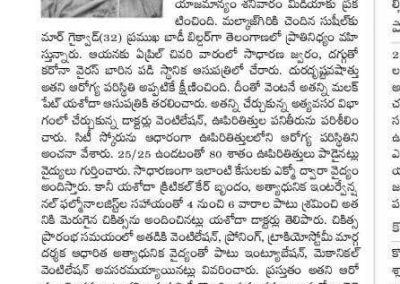 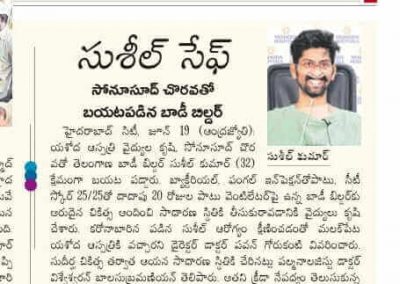 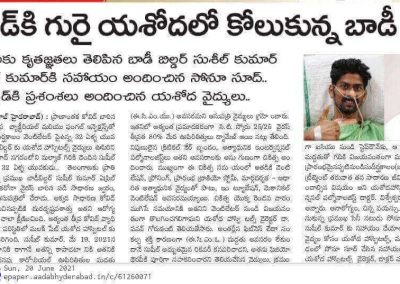 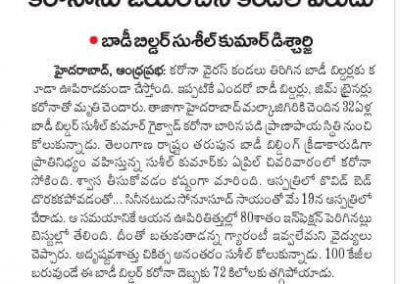 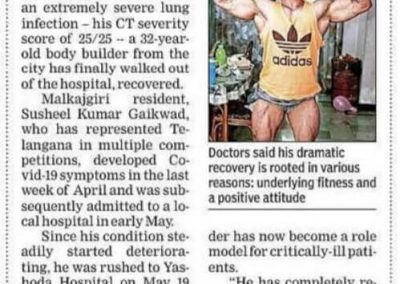 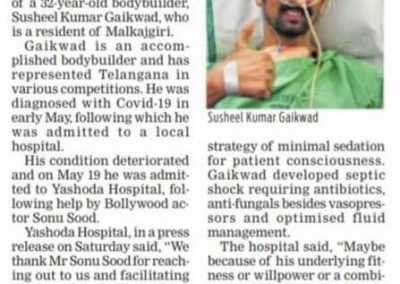 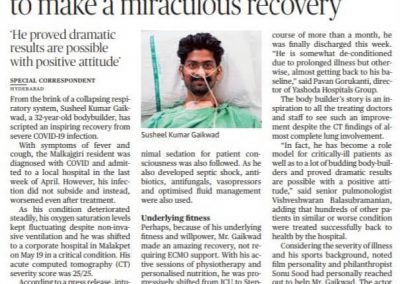 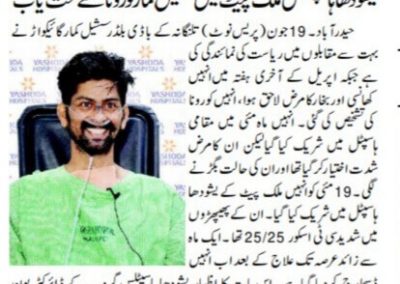 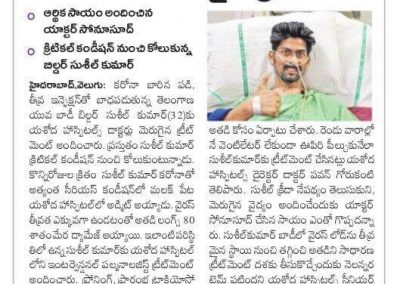 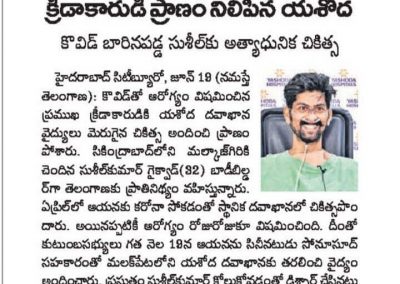 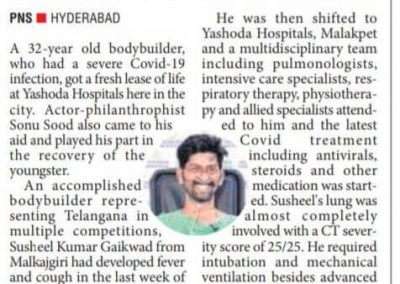 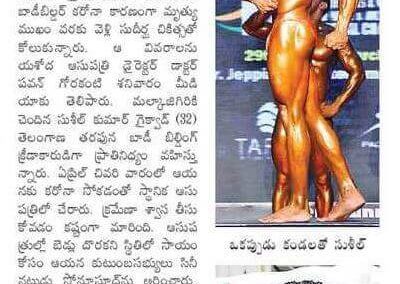 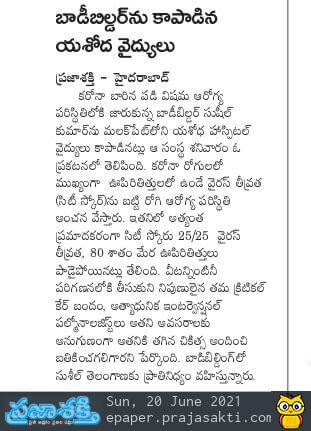 'CASIRIVIMAB AND IMDEVIMAB' Launched by Yashoda Hospitals Hyderabad New "Antibody Cocktail Drug" for COVID Treatment
×
To give our visitors a better experience and relevant information, We use cookies. We do not collect, store or share any personal information unless explicitly provided by our visitors for the sake of availing our services. By clicking “Accept All”, you consent to the use of ALL the cookies. However, you may visit "Cookie Settings" to provide a controlled consent.
Cookie SettingsAccept All
Manage consent