Yashoda Hospitals continues strong with the annual initiative ‘Spread awareness and fight cancer’ on the occasion of World Cancer Day 2019 observed on Feb 4 every year. With a consistent goal of spreading the awareness against cancer, Yashoda Hospitals organized Cancer 5K run at Saroornagar indoor stadium on Feb 3, Sunday. This year the event witnessed bike rally along with the yesteryear’s 5K run in an attempt to encourage people from every walk of life to be a part of this initiative.

More than 7,000 health enthusiasts turned-up at Saroornagar indoor stadium on Sunday morning to take part in the run. The event was a grand success with youth, educational institutions, public representatives, doctors, nurses, health care workers, members of voluntary organizations coming together to pledge against cancer. All the youngsters took it on Facebook and Instagram to spread the word with “I #Run4CancerWidYH” selfies & video posts.

The run featured Telugu film star Navdeep, who flagged-off the bike rally and 5K run. Speaking on the occasion Mr. Navdeep congratulated Yashoda Hospitals for taking this initiative to create awareness among the public to fight against deadly cancer. Mr. Navdeep took it a step ahead and posted his selfie on Instagram to spread the word online.

Dr. Pavan Gorukanti, Director, Yashoda Hospitals and Dr. Phalgun Gorukanti, Director, Yashoda Hospitals participated in the event. Dr. Pavan Gorukanti addressed the crowd and expressed his concern about the cancer threat. He said, “It is estimated that around 12 lakh people are diagnosed with cancer & approximately 10 lakh deaths are recorded afresh every year in India. One woman dies of cancer every 5-8 minutes in our country. This number could rise significantly if preventive measures are not taken. A major issue with the illness is that people do not realize the symptoms of cancer until it is too late, and most cancer victims do not seek help until the disease reaches an advanced stage which makes the treatment and recovery difficult. The youth and students are pivotal in spreading awareness among the public very effectively. Cancer is no more a deadly disease… it’s curable.”

Also present during the run was Dr. Vijay Kumar, Chief Operating Officer of Yashoda Hospitals, Malakpet and Dr. G. V. K. Reddy, Consultant, Medical Oncology, Yashoda Hospitals, Malakpet. He said, “Cancer is causing more panic than all the diseases in India. Telangana and Andhra Pradesh states in particular have a high burden. Early detection is the key factor in fighting and surviving with cancer. We are hosting this awareness walk to fill the gap between knowledge and discussion surrounding this killer disease.” 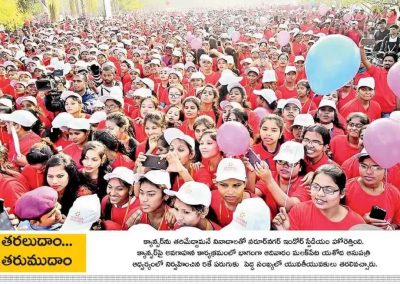 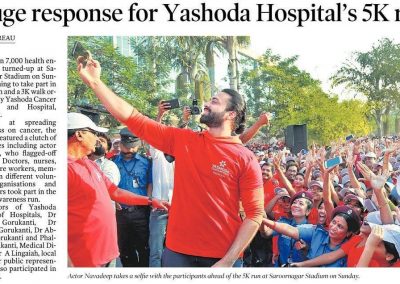 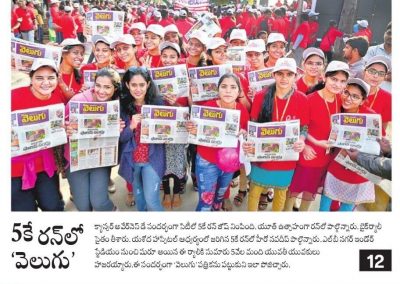 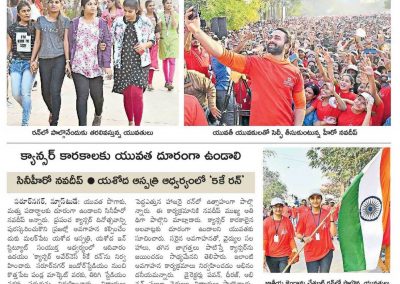 Madhulika, a 17-year-old minor girl returns home after her struggle for live at Yashoda Hospitals, Malakpet
×
To give our visitors a better experience and relevant information, We use cookies. We do not collect, store or share any personal information unless explicitly provided by our visitors for the sake of availing our services. By clicking “Accept All”, you consent to the use of ALL the cookies. However, you may visit "Cookie Settings" to provide a controlled consent.
Cookie SettingsAccept All
Manage consent