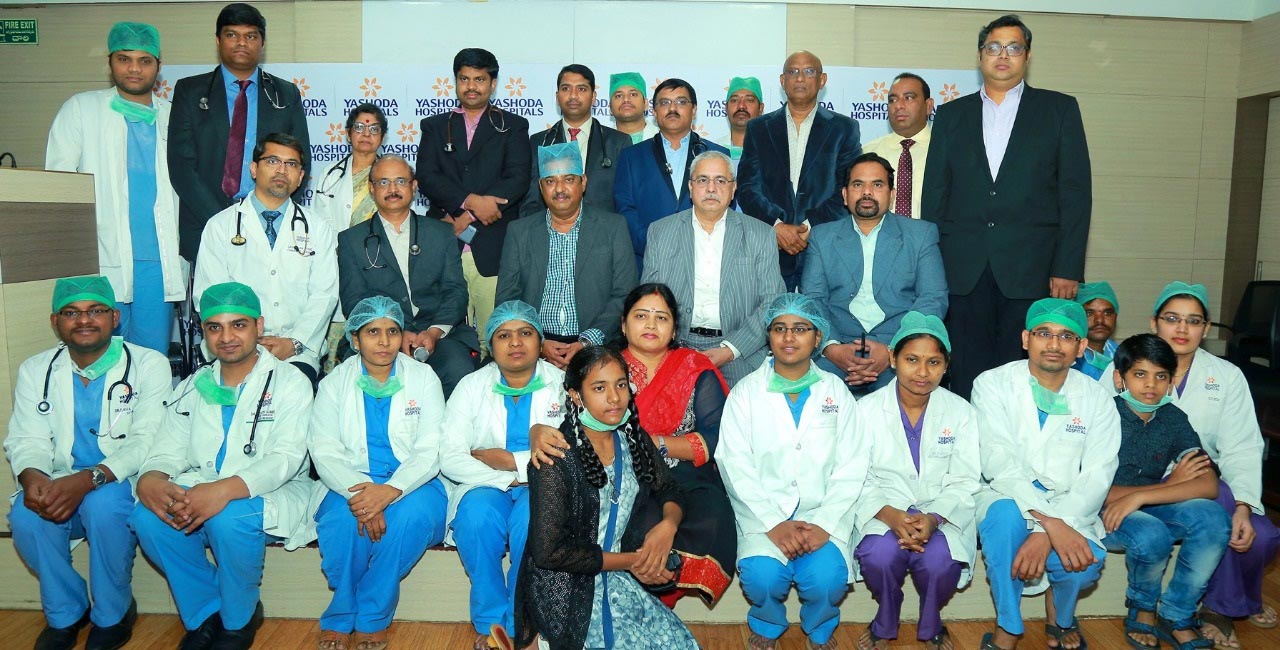 This case unique with three States incidentally being involved in giving a new lease of life to the patient, K. Venkata Naga Srikanth, a private company employee. The man hails from Andhra Pradesh but is settled in Hyderabad while the brain-dead donor was from Karnataka. The Jeevandan unit here facilitated the organ transplant and the surgery was funded by Andhra Pradesh government’s Chief Minister’s Relief Fund (CMRF).

Mr. Srikanth, a resident of Habsiguda and father of two, first experienced breathlessness when he was 40 after which he was asked to undergo angiogram test. The reports came out normal. However, over the years, his condition deteriorated. He was under treatment and followed up with various hospitals till May 2018 when he was finally advised to visit Yashoda Hospital, Malakpet.

Sharing the details of the case, Dr. G.S Rao, Managing Director of Yashoda Hospitals said investigations revealed Mr. Srikanth was suffering from dilated cardiomyopathy in which the heart becomes enlarged and cannot pump blood effectively and his heart muscle functioning was only at 14%. He was put on necessary treatment as the wait for the right heart began.

The heart transplant surgery was also conducted for the first time in the old city of Hyderabad at Yashoda Hospitals, Malakpet, a clear indication of growing prowess of surgeons and improving medical infrastructure across the State capital. 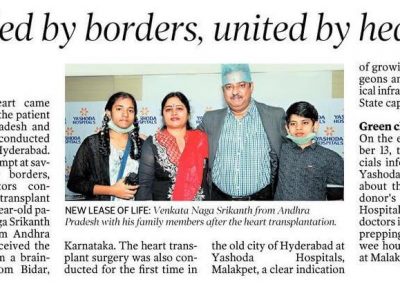 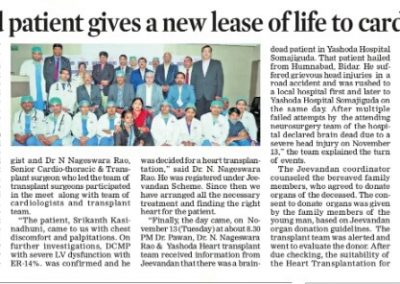 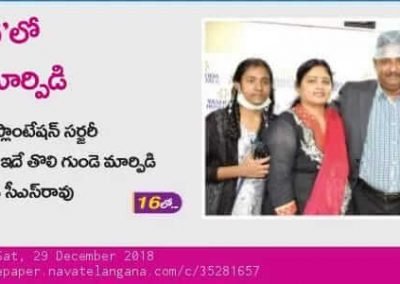 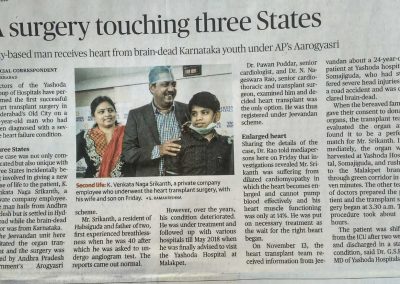 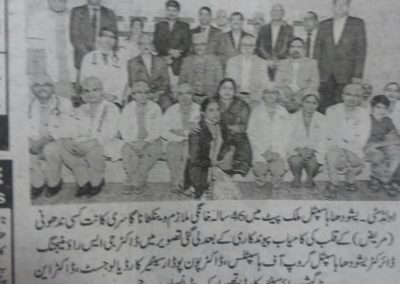 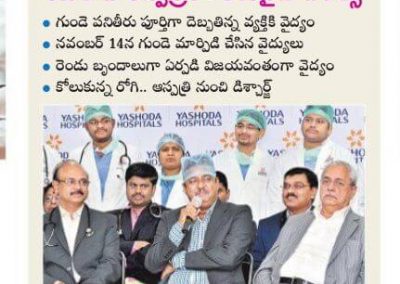 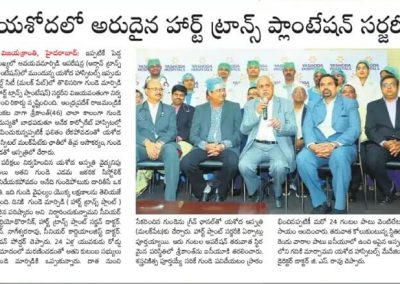 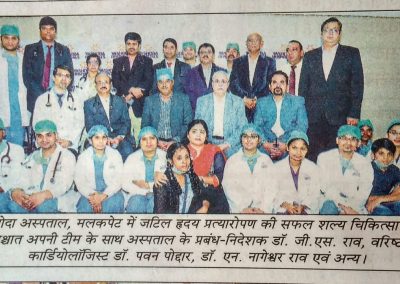 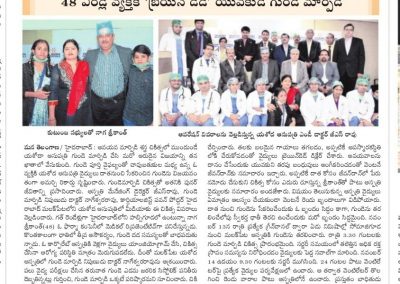 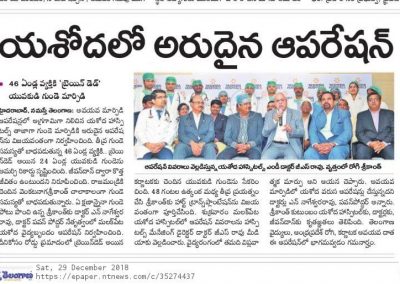 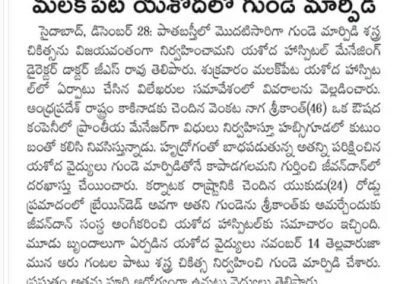 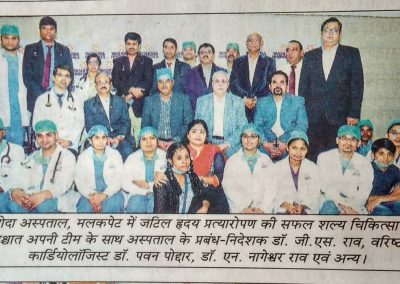 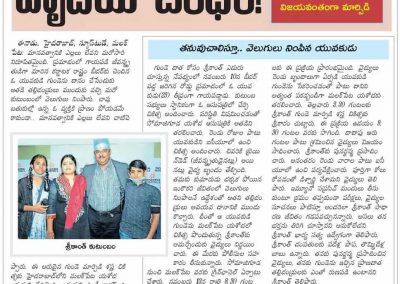 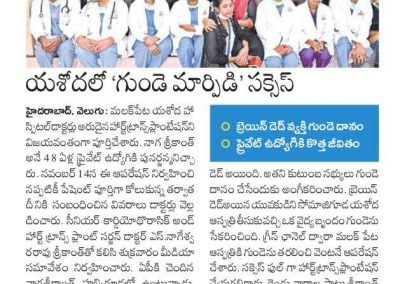 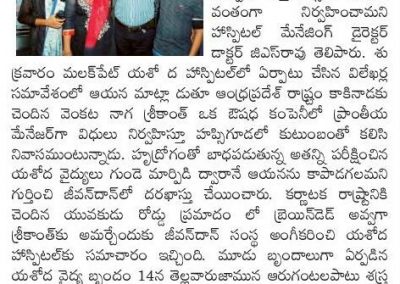 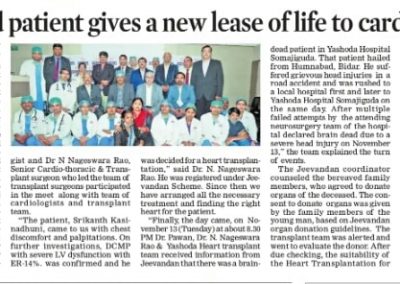 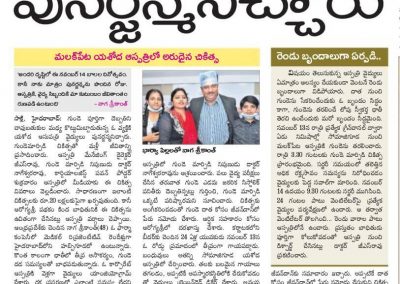 Yashoda Hospitals marks World Cancer Day 2019 with the 6th edition of Cancer 5K run
×
To give our visitors a better experience and relevant information, We use cookies. We do not collect, store or share any personal information unless explicitly provided by our visitors for the sake of availing our services. By clicking “Accept All”, you consent to the use of ALL the cookies. However, you may visit "Cookie Settings" to provide a controlled consent.
Cookie SettingsAccept All
Manage consent