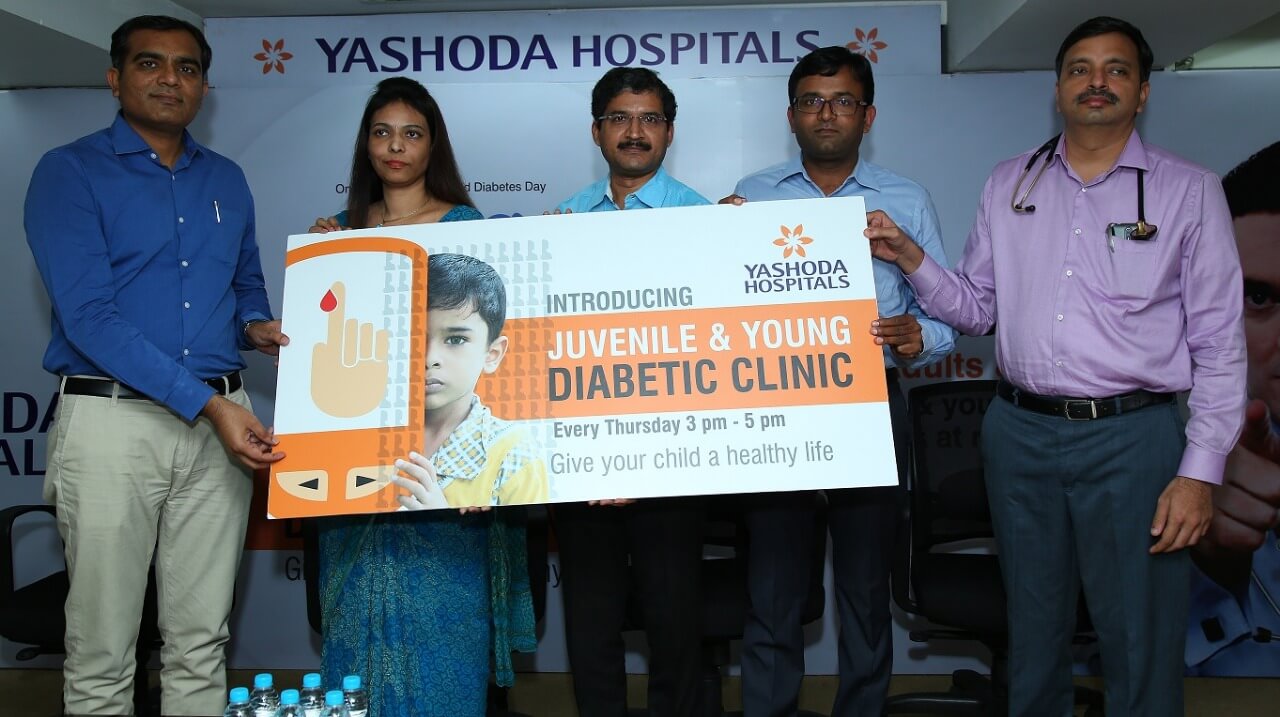 Hyderabad, 14 November 2018: Yashoda Hospitals launched Young & Juvenile Diabetes Clinic on the occasion of World Diabetes Day that is celebrated on November 14, every year. Speaking at the launch of the clinic, Dr. Raman Boddula and Dr. Ashok Venkatanarasu, Senior Endocrinologists & Diabetologists, Yashoda Hospitals, Secunderabad, said “Children and youngsters can suffer from both Type 1 and Type II Diabetes. While Type 1 diabetes is mostly seen in children, Type-2 diabetes in children is more aggressive than in adults also the incidence of complications is more in the younger population with Type-2 diabetes. Thus it is imperative to identify any signs of diabetes early in the children.”

Lalitha Reddy, AVP, Yashoda Hospitals, Secunderabad said “The main objective of starting a dedicated JUVENILE AND YOUNG DIABETIC CLINIC is to comprehensively diagnose and treat childhood diabetes, with a multi-disciplinary approach and prevent complications and progress of the disease. The long-term morbidity, mortality and costs are very worrisome and we would like to nip this in the bud by offering the best of dedicated diagnostic and treatment services to all our patients, under one roof.” The clinic offers the most comprehensive and dedicated diabetes care for kids, teens and young adults every Thursday 3 pm – 5 pm at Yashoda Hospitals, Secunderabad.

‘The new age Epidemic’ is rapidly and surely growing amongst the Indian population. India has around 70 million diabetics, and likely has millions of more cases that haven’t been diagnosed. An alarming trend is the slow and steady rise of Diabetes among our young population. It is truly a silent killer disease.

Raman Boddula, Senior Endocrinologist & Diabetologist, Yashoda Hospitals said, “Diabetes is a chronic, lifelong condition that affects the body’s ability to use the energy found in food. There are three major types of diabetes: type 1 diabetes, type 2 diabetes, and gestational diabetes. The main risk factors for diabetes include poor diet and nutrition, physical inactivity, tobacco consumption and harmful use of alcohol. High levels of blood glucose can damage the tiny blood vessels in the kidneys, heart, eyes, or nervous system. Diabetes, especially if left untreated, can eventually cause heart disease, stroke, kidney disease, blindness, and nerve damage to nerves in the feet.”

He further added, “Diabetes is a silent disease. The symptoms may not be obvious in some cases but some of the commonly identifiable symptoms include excessive thirst, frequent urination, extreme tiredness, weight loss, vomiting, obesity or abdominal pain.”

“Diabetes is a chronic, lifelong condition that affects your body’s ability to use the energy found in food. Diabetes — especially if left untreated — can eventually cause heart disease, stroke, kidney disease, blindness, and nerve damage to nerves in the feet. ” said Dr. Raman Boddula. Type 2 Diabetes is largely preventable and treatable non-communicable disease that is rapidly increasing in numbers worldwide. Type 1 Diabetes is not preventable but can be treated with insulin shots.

“It is estimated that Diabetes currently affects more than 70 million Indians, which is more than 8% of the adult population. The average age of at onset is 42 years. Nearly 1 million+ Indians die due to diabetes every year. Our country is spending Rs.40 thousand crores every year treatment of this disease. One in seven births is affected by Gestational Diabetes (GDM), a severe and neglected threat to maternal and child health.” said Dr. Ashok Venkatanarasu, Senior Endocrinologist & Diabetologist, Yashoda Hospitals, Secunderabad. 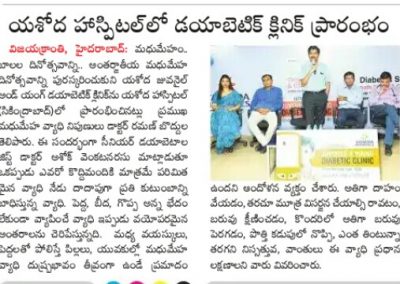 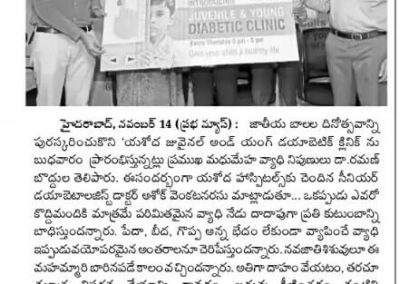 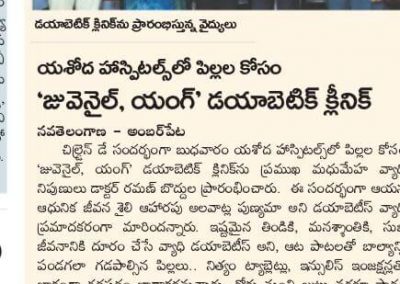 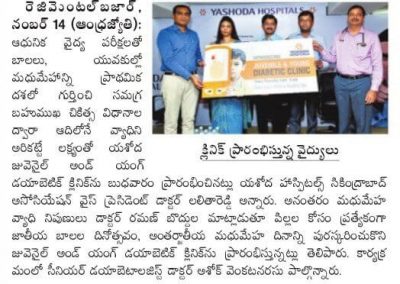 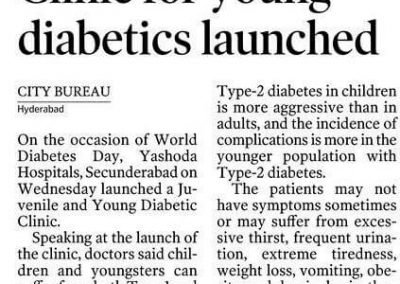 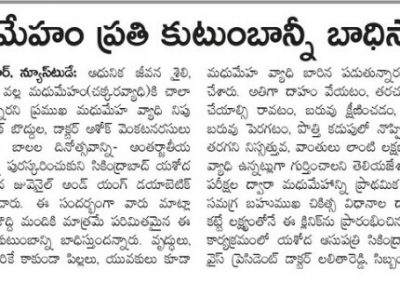 Dr. Surya Prakash Vaddi, in collaboration with Japan's JBM Inc., develops a novel treatment method for male urethral stricture.
×
To give our visitors a better experience and relevant information, We use cookies. We do not collect, store or share any personal information unless explicitly provided by our visitors for the sake of availing our services. By clicking “Accept All”, you consent to the use of ALL the cookies. However, you may visit "Cookie Settings" to provide a controlled consent.
Cookie SettingsAccept All
Manage consent